Weekly Summary
For the first time in almost five weeks, the total market cap for crypto assets rose above the $1 trillion mark, as the industry experienced two consecutive bullish weeks. Bitcoin gained momentum as it broke through previous resistance levels against the US Dollar and is now tracking above $22,000.

However, despite all of the positive movements, it’s not all rainbows and unicorns. Tesla, which announced that it had purchased $1.5 billion in bitcoin in the first quarter of last year, shared that it had sold 75% of its BTC holdings in the second quarter of this year. Elon Musk, the company’s co-founder and CEO, also stated that Tesla would be open to increasing its bitcoin holdings again in the future, and that the sale “should not be taken as a verdict on bitcoin”. This is echoed by others in the market. The Bitcoin Fear and Greed index, which tracks market sentiment around the popular cryptocurrency, also climbed around 300% since mid-June. It’s a major boost from recent weeks even though it still sits at “extreme fear” levels for the moment.

There are even more reasons for the returned optimism. In addition to Curve Finance hinting that it will launch its own stablecoin soon, there was a lot of buzz around the Ethereum Merge and L2 scaling solutions — what many are citing as the most sophisticated upgrade in the digital asset’s history. The Merge will significantly improve emission rates and functionality. All of this combined led to the big three experiencing a price pump, with ETH and MATIC climbing over 30%, followed by BTC, up 13%.


Industry Stories
L2 zkSync: Polygon announced the Polygon zkEVM scaling solution and Scroll announced its zero-th zkEVM solution. zkSync 2.0 will launch on mainnet in 100 days. This is big news for the zkSync community as it enables EVM compatibility, a feature which was not thought possible in the near-term due to technical constraints. With EVM compatibility available, porting over existing smart contracts will be effortless, and will help Ethereum to scale further. However no token launch was mentioned.

The Merge: Addresses holding >10+ ETH just hit an all-time high (ATH) of 309,483. Additionally, addresses holding > 1 ETH also hit an all-time high of 1,559,794. This is a signal that whales, institutions and individual investors and traders are anticipating short-term speculative gains or long-term staking. The Merge event is tentatively scheduled for 19th September with a final testnet on 11th August based on the previous Ethereum call.

Comparison of EVM-Chains in the Bear Market: Messari released a new research report last week, comparing the fundamentals of alternative L1 chains in the bear market. Ethereum, BNB & Polygon continue to retain strong positions with the highest users and capital retention rates, Aurora and Fantom experienced the largest drops in TVL and user activity, while Moonbeam & Near Protocol have yet to find a product-market fit with less than 10k daily active wallets and 100k daily transactions.

According to a report from Arcane Research in May, despite large institutions cumulatively selling $5.5 billion BTC, it could be that we are now leaning more towards a scenario whereby the forced selling and contagion-related uncertainty is at an end, with a reversal expected by the end of the year as confidence is restored.


Matrixport Stories
As the market flushes out over-leveraged participants, it is a timely reminder that risk management should never be overlooked while navigating the crypto landscape regardless of market conditions. We at Matrixport adopts a rigorous approach to risk management practices and due diligence.

With the prices of BTC, ETH, MATIC and other major cryptocurrencies experiencing an upturn, and with increased confidence in the market, many traders and investors speculate that prices could consolidate even further. Matrixport’s Grid Trading bot enables you to trade the volatility by automatically buying low and selling high — within a range. Alternatively, if you are looking for greater yields but have a bias for a directional move, then the Smart Trend could be a fruitful tool to capitalize on as yields increase linearly whenever BTC breakout above or below the range.


Matriport News
Forkast.News: Damien Loh, CEO of Matrixport Asset Management shared his perspectives on macro pressures for crypto, the ETH merge and crypto’s next catalyst from NFTs and gaming. 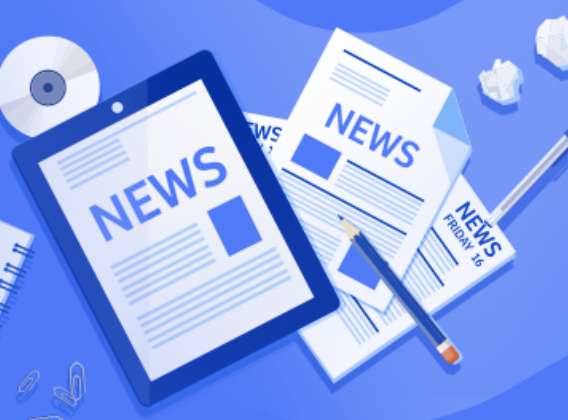