The highly anticipated London hard fork of Ethereum has been activated on schedule, notably EIP 1559, which is thought to affect each stakeholder of Ethereum, is included. This hard fork will not only revolutionize the on-chain transaction fee market to add predictability and stability, but also reduce the inflation rate of Ether, or even turn it into deflation as some may expect, which could possibly push up Ether price in the long run.

Given that almost every recent new trend has originated from Ethereum ecosystem, other blockchains have been developing interoperability solutions to share the benefits from the trends. SmartBCH has been launched to enable smart contracts based on BCH, and it is compatible with Ethereum’s EVM. Also, Solona launched its cross-chain bridge –Wormhole with initial support of Ethereum’s ERC-20 tokens.

Since the demand has been so strong that current Ethereum mainnet could hardly satisfy, while ETH 2.0 has yet to come, people have turned to layer 2 scalability solutions, especially in the booming Defi and NFT market. Defi protocol 1inch was deployed on Optimistic Ethereum, while Loopring has proactively added NFT support in their layer 2 solution.

Security breaches continue to occur across the blockchain ecosystem, covering Defi, Cefi and even blockchain mainnets. Defi is still the most vulnerable with potential huge losses due to its nature, what does make us optimistic is that the whole crypto industry is evolving with much less hack volume, as Defi evolves, hopefully this would also happen, although it’s hard to say how long this might take.

EIP 1559 replaces the previous pure auction fee market with a new one to add predictability and stability to transaction fees, the gas price now includes 1) base fee, automatically set by an algorithm, which will be burned instead of going to miners; 2) tips, set by users and still going to miners; EIP1559 has also doubled the block size

EIP 3554 delays “difficulty bomb” to Dec 1st, which is expected to delay again according to the client dev team; difficulty bomb is a change to gradually discourage mining on ETH 1.0, and the deadline for miners to switch is estimated to be approximately one year after the change

SmartBCH team announced that they have launched smartBCH successfully with three nodes as the genesis validators, BTC.com, ViaBTC, and Matrixport

Developers have decided to redesign the cross-chain gateway between BCH and smartBCH due to recent security incidents in the cross-chain bridge field, they proposed a new decentralized mechanism named SHA-Gate shortly after the announcement, and they will use a semi-centralized bridge operated by CoinFLEX in the transition stage, which might take several months

1inch, a DEX aggregator protocol, announced its deployment on the Optimistic Ethereum mainnet, a EVM-compatible Optimistic Rollup solution developed by the Optimism team

1inch is the second Defi app on Optimistic Ethereum, with the first being Uniswap

Loopring, an Ethereum’s zkRollup layer 2 solution, announced its support for NFTs, including minting, trading, transfers on layer 2, as well as deposits/withdrawal from/to layer 1

Wormhole is a decentralized cross-chain bridge protocol, enables crypto assets and on-chain data to flow between Solana and other blockchains in both directions

Poly Network, a cross-chain Defi Protocol operated on Binance Smart Chain, Ethereum and Polygon, was hacked with the hacker drainning roughly $600 million in crypto, which was considered the largest of its kind in Defi history. Fortunately, after several rounds of negotiation, the hacker returned nearly all the funds stolen, with an exception of the $33 million worth of USDT, which was frozen and released to Poly Network directly afterwards by the token issuer Tether.

A total of approximately $91.35 million worth of crypto assets were stolen from Liquid, a Japanese centralised exchange. Token issuers helped to freeze roughly $17.3 million worth of ERC-20 USD stablecoins, and some CEXs either investigated and froze related accounts or blocked addresses related to the hack. However, according to Elliptic’s analysis, the thief has converted $45 million Ethereum tokens into Ether using DEXs, and laundered a portion of them. Liquid has gradually restored its crypto deposit and withdrawal services, and promised that users will not suffer any loss and user balances will not be impacted due to the incident.

BSV has suffered a 51% attack for the third time in three months. This is reportedly the largest-scale attack against BSV since its birth, according to Nikita Zhavoronkov, the lead developer at Blockchair, it has resulted in a blockchain reorganization of as deep as 100 blocks. Bitcoin Association, a BSV advocacy organization, advised honest node operators to invalidate the fraudulent chains by running a command on their BSV nodes. No double-spending in any exchange was reported as of writing.

Cream Finance, a Defi lending protocol suffered from a flash loan attack with a loss of $25 million in ETH and AMP. This is the second time it became a victim of a security breach, with $37 million lost in the previous one.

Matrixport provides this analysis as general information only. Matrixport accepts no responsibility for the accuracy or completeness of any information herein contained and Matrixport shall not be responsible for any loss arising from any investment based on any forecast or other information herein contained. The contents of this materials should not be construed as an express or implied promise, guarantee or implication by Matrixport that the forecast information will eventuate. The cryptocurrency market is highly volatile. Buying, selling, holding, or investing in cryptocurrencies or related product carries various risks and is not suitable for all investors. Please seek expert advice, and always ensure that you fully understand these risks before participating in the cryptocurrency market. Matrixport is not acting as a financial adviser, consultant or fiduciary to you with respect to any information provided. Any information available here is “general” in nature and for informational purposes only. 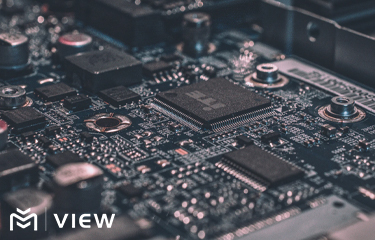 Views
Mon Aug 30 2021
Matrixport Technology Frontier August 2021
The highly anticipated London hard fork of Ethereum has been activated on schedule, notably EIP 1559, which is thought to affect each stakeholder of Ethereum, is included. This hard fork will not only revolutionize the on-chain transaction fee market to add predictability and stability, but also reduce the inflation rate of Ether, or even turn it into deflation as some may expect, which could possibly push up Ether price in the long run.… Views
Fri Jul 30 2021
July 2021 Market Trend Report
BTC Price Trend: Based on the 4 key BTC price indicators and data as of 31 July, BTC prices is in the recovery phase although a quick rebound to previous highs is unlikely.…